The brief was to design the sets for a play called God of Carnage. The play is about two sets of parents who meet to discuss a fight that took place between their children. As the play progresses, civil niceties are abandoned as the parents become increasingly childish and petty themselves. The static set needed an element of change to reflect the absolute change in mood that occurs as the parents become petty and nasty.

The scene is set in a living room, rendered in an unrealistic stark black and red that reflects the tone of dark humor that the play is known for. The play opens with a black backdrop with orderly linear grooves, but as the play progresses, the chaotic underlying structure in red is slowly revealed. 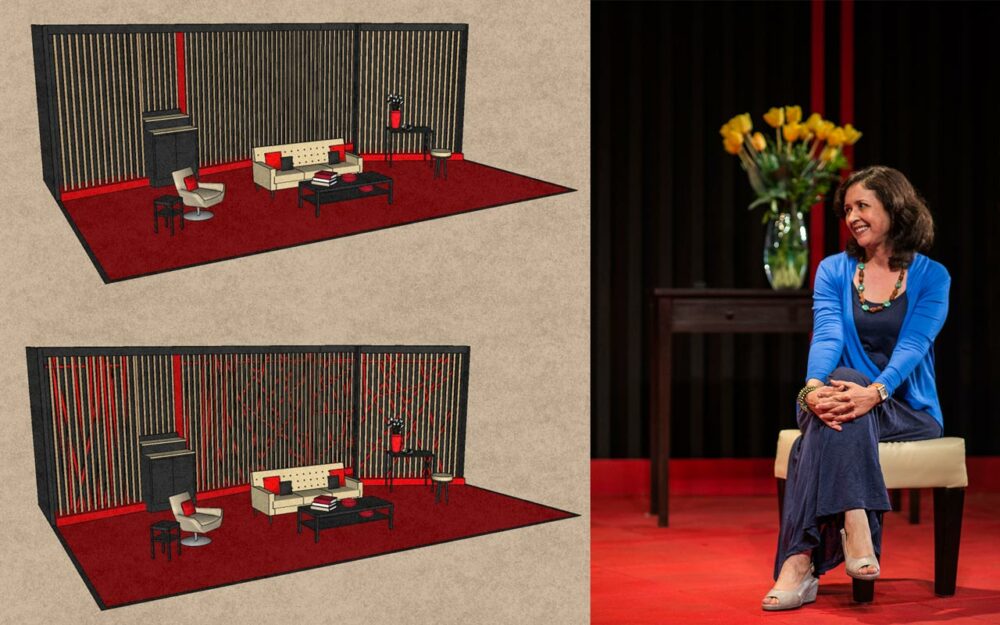 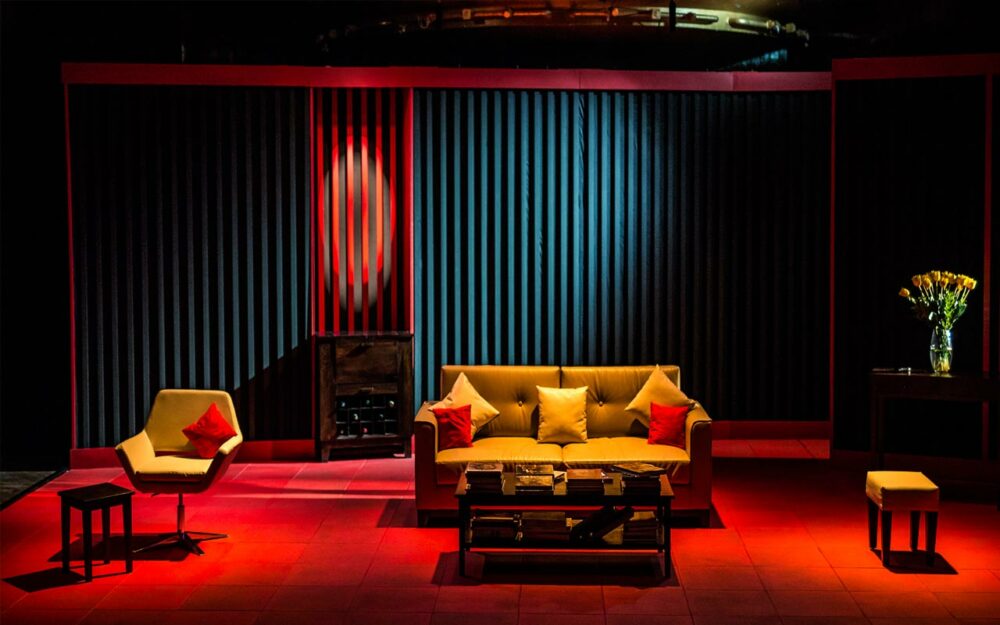 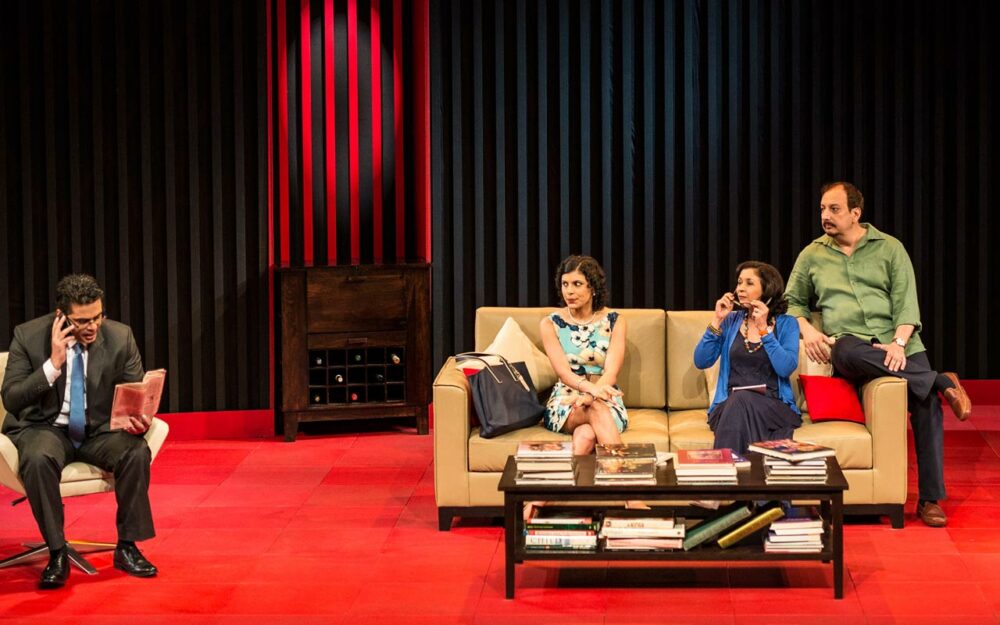 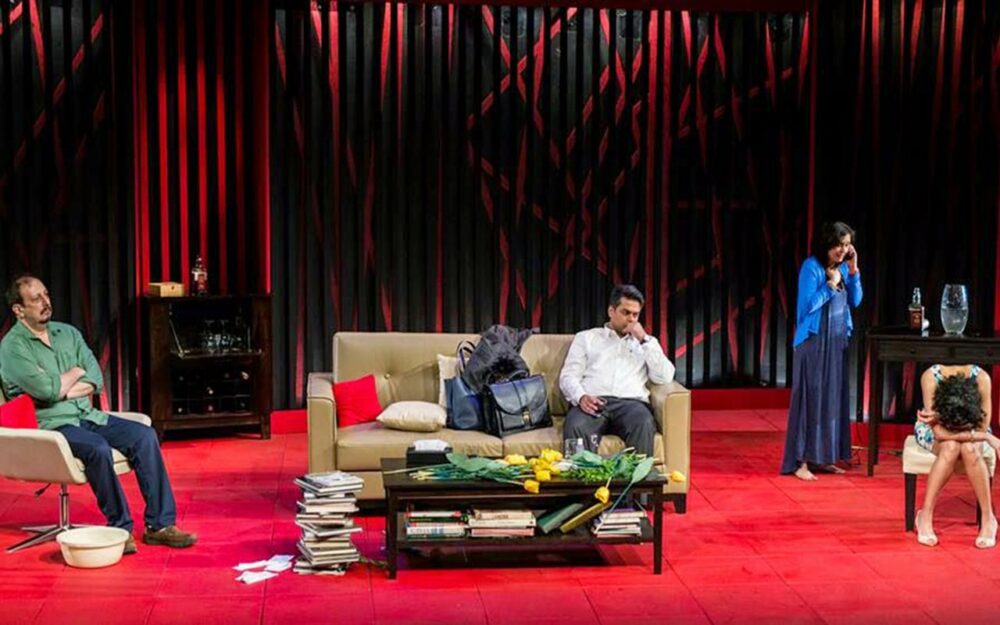